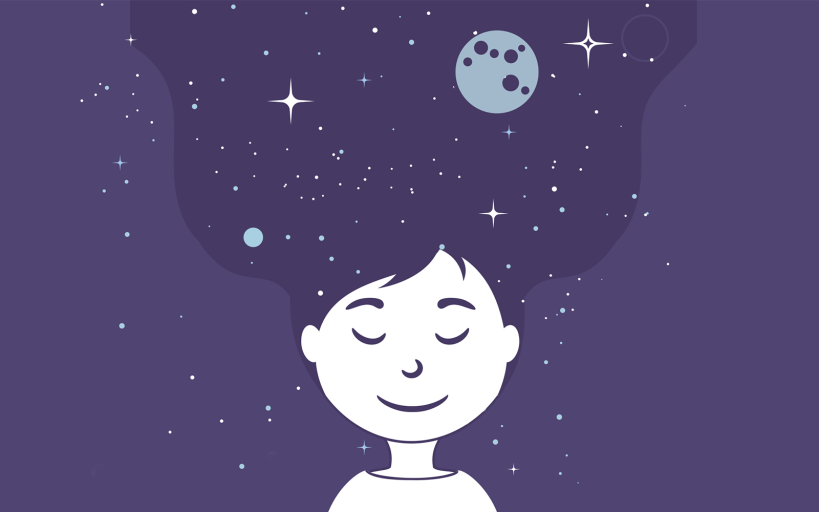 I recently have been conducting trauma therapy with many personal injury victims such as survivors of horrible car crashes, dog bites, and assaults. The first complaint or issue they bring up is, “I can’t sleep.” As a former insomniac myself, I know how frustrating that is and the effects it had on my mood, hunger, energy, memory, and ability to focus. I see my patients struggle to be on time to their engagements, lose things, have zero appetite or motivation, and ultimately feel a major hit to their self-confidence. Due to their trauma they experience flashbacks and plenty of nightmares… BUT…when they start to feel better, many of them begin to dream and tell me about them. Now, this is very interesting to me. This means that either they are sleeping better/more deeply or their memory for dreams is improving. This also suggests that there is some connection between mental health, or recovery from whiplash (for example), with sleep and dreaming. I wanted to get to the bottom of this. So I conferred with the research, once again.

[I don’t know if you’ve noticed, but when I look into something I make sure I do a thorough review. (Stay with me since I get to the good stuff relatively quickly!) So let’s start from the beginning…]

I learned that the first written record of dream interpretation came from the Egyptians  around 1275 BC and it was called the “Dream Book.” Then the Greek philosophers took a stab at it and believed that dreams revealed important information about the future and Oracles began to exist. Later, Freud believed that it was the concept of repression that caused people to be unable to remember their dreams. Research did not support this.

Then in the 50’s, Aserinsky and  Kleitman (1953) discovered and introduced the concept of Rapid Eye Movement (REM), which then became associated with the dream state. This was recently found to be untrue because we still definitely dream, albeit less vividly, during NonREM sleep (NREM). Anecdotally, I have observed that in times of personal grief or heightened anxiety, I do not dream (or remember dreaming) and if I do I have nightmares. However, when my insomnia goes away I begin to dream again or remember my dreams. Similarly, patients that I work with seem to be describing an increase in dreaming recall correlated with an increase in sleep total hours when they report feeling symptom relief (mentally more healthy). This made me wonder, why are people beginning to speak about their whimsical/normal dreams (non-nightmares) once they start to seem less depressed and traumatized and when they are more happy? Do we need a certain  level of mental stability and peace of mind to dream? Or to remember dreaming?

The factors that the literature says contribute to being able to recall our dreams are: Intense negative mood before bed, (e.g. stress); having positive attitudes towards dreams; thinking about and consciously trying to remember dreams; and the most common finding- frequent broken sleep (suddenly waking up while you are in the middle of dreaming). Notice, this is different than what I am seeing with my patients. Interestingly, some gender differences have emerged in the sleep and dreaming research. For example, both Armitage (1992) and Shredl & Doll (2001) found that stress tends to increase dream recall in females but tends to reduce recall in males. This has clinical implications for clinicians doing sleep and dream work with patients with PTSD and trauma. Dreams have been shown in studies to help people solve problems and continue working on problem solving while sleeping. Furthermore, researchers have found that dream recall and positive attitudes towards dreams were correlated with mental wellness for males. AHA! So for males, when they begin to tell me that they are sleeping better, dreaming, and there are no nightmares–> I can feel confident that they are more mentally healthy or going in that direction. For women, I seem to be seeing a similar pattern so maybe it is because they too are healing from trauma and these studies did not look into sleep, dreams, and trauma.

The continuity hypothesis of dreams posits that dreams reflect waking life. This means they are somehow connected to real life experiences or things we are learning currently in real life. Sleep is also well known for its learning purpose, whereby we must sleep to consolidate and solidify new memories (ie. studying well for a test and topping it off with getting a good nights rest). Ermann (1995) found that insomniacs had dreams of self-deprecation, self-doubt, aggression, problems, and generally negative content. Insomniacs were found to have more health worries than normal controls. Anti-depressants seem to make people unable to remember their dreams and to reduce REM sleep.

Sleep’s function is still evading us. We do know that losing one night of sleep does not effect our brain but when you cannot sleep for 2+ days you are affecting your brains ability to complete neurogenesis, which means it cannot heal and properly recharge itself much like a cell phone or computer. One thing research has found is that sleep disorders are correlated with mood disorders and that mood disorders are correlated with sleep issues. Can you say “chicken or the egg phenomenon in full swing?”..One interesting read told me about the similarities in the brain between psychosis and dream states. They found that when the corollary discharge or feed forward (CDFF) mechanism is “disabled” neural activity in an individual’s brain is experienced as produced by the external environment (outside of the self). Researchers have learned that our brains look similar on fMRIs when we are day-dreaming than when we are asleep dreaming. They posit that this all plays a huge role in better understanding what happens in schizophrenia and the whole hearing voices or seeing visions. The CDFF part of their brain is disabled and they perceive that the stimuli are coming from outside their body and mind. In terms of what shuts off in our brain when we sleep- it is parts of the executive functioning part of our brain (pre-frontal cortex) which is in charge of planning, decision making, and organization. This may be why we need to sleep to turn off that part of our brain so we can recharge and have that part be ready for the next day.

The bottom line is we still do not fully understand sleep. One thing is for sure, sleep is generative of brain matter, it consolidates our memories, we recharge much needed control centers of our brain, dreams reflect waking life, and when males begin remembering their dreams this may be a sign of good mental health. Who knew??